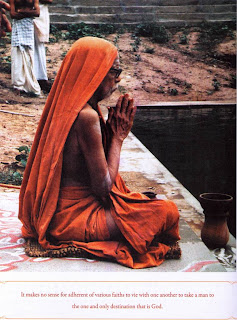 Thus, when an Acharya or the scripture compares two paths or two objects of worship and speaks of one as the better or greater of the two, it does not always mean that the other thing, that had a lower
estimate, is worthless.

That  which our Acharya talked about as the thing to be discarded,  namely, perception of duality, in all his works - that very same thing he now praises to the sky, saying that this is what you have to hold steadfastly in the bhakti path.  In one case it is duality, in the other case it is ‘sva-svarUpa-anu-sandhAnaM’ (remaining steadfast in one’s own Self).