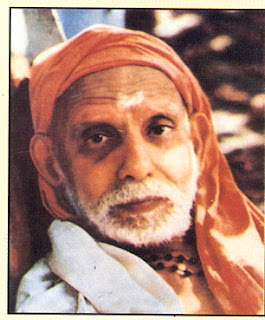 
Indeed the ‘feeling  of I-ness’ that arises in the immutable Brahman, is the spandana caused by Shakti and that is what personifies her. Our Acharya brings this effectively by using the word ‘Aho-purushhikA’ in Sloka #7. The word means that She is the personification of the thought ‘I am Brahman’ of Brahman !

The  shAkta school conception of Shiva and  Shakti sometimes appears to involve a duality there. Thus they contend that it is Shakti that caused the movement. Acharyaís shloka also seems to say so.