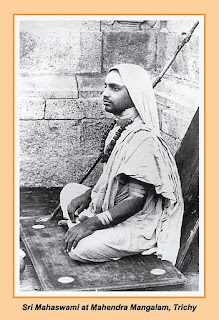 And Yama is completely satisfied. He praises the boy.

“You have discarded all these gifts as *alpaM* (finite, trivial). You have kept your mind on VidyA only.

May I get more and more seekers like you! (This statement of Yama shows that such persons are really rare). You are a *DhIra* (brave soul).

The gates of Brahma Loka are open for you! (Here Brahma-loka does not mean the world of Creator BrahmA. It means that the gate is open for you to go forward to the Truth, that is Brahman.”

After praising the boy like this, he gives him the secret teaching as was demanded by him. And at the end of the Upanishad we are told Naciketas, who came as a mumukShu, became actually a mukta (one who is released).

And further, those who get to know the Truth like him will all get Release -- so ends the Upanishad.

“Like him” means, “with that kind of intense mumukShutA”. We began with the four-part SAdhanA regimen. These four parts end with this ‘mumukShutA’.