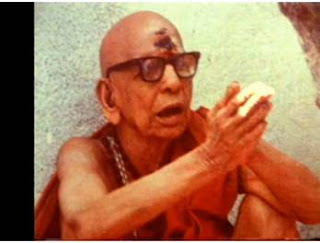 And the Acharya himself in his own words winds up the work with “thus has been said in the form of a dialogue between guru and disciple, the characteristic of the Atman, for the purpose of generating easy enlightenment for ‘mumukShus’.

It is only after this that verse *hitam imaM * appears, where he gives so many epithets for ‘mumukShus’.

Since the Acharya has agreed to include three levels – base, intermediate and top (*manda, madhyama and uttama*) – among mumukShus, there is scope for all, from ordinary people like us all the way up to true Sannyasis who have calmed down their minds.

Actually it only shows the broad-mindedness of the Acharya.

But amidst that generous gesture, he has also clearly stated that the base level and intermediate level sAdhakas should rise to the top level by proper practice of dispassion and shamAdi-shaTkaM, by which they will obtain Guru’s Grace and thereby their mumukShutA also will rise to its completion.