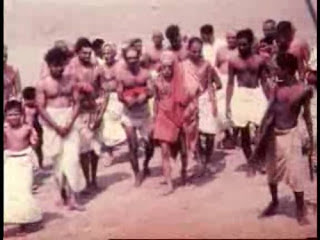 But when one comes to the stage where he is ready to take sannyAsa and receive the upadesha of the mahA-vAkyas – and certainly beyond that – even if the mind errs slightly that will become a gigantic fault or sin.

At that point if one thinks that one can self-correct it, he is mistaken. Of course self-confidence is a good thing.

But just that confidence in oneself will not take one far in the question of defence against such slips. He needs the strength of Guru’s Grace, in addition to his own strength, particularly at this stage he has to walk on razor’s edge as it were.

That is why the Guru’s Grace is emphasized here. Once the strong adherence to mumukShutvaM is there, the SannyAsa and the receiving of the mahAvakya mantra has been done and so hereafter everything is going to need the Grace of the guru.