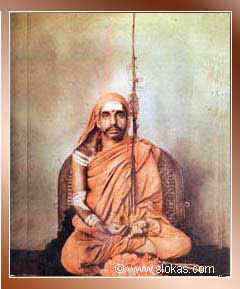 After Shraddhaa the Acharya lists *Samaadhaana* as the sixth item in the sextad of spiritual accomplishments. The words *samaadhaana* and *samaadhi* have the same meaning.

Accordingly the Acharya does not also mention it in the second stage of jnAna path, namely, the SAdhanA-chatushTayaM (the four components of SAdhanAa) . Thereafter, in the third stage, where one adopts the renunciate stage, when one goes through the regimen of shravana, manana and nididhyAsana, this is not mentioned as one of those exercises. Because it is just the end-result of all this SAdhanA.

In the state of samAdhi one experiences it and does not do anything by one’s effort . Thus it is that the Acharya never mentions samAdhi as a component of SAdhanA.