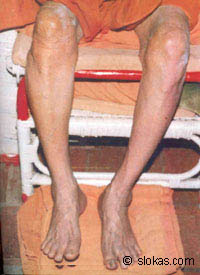 Brahman which is the same as Atman is the only thing which is untouched by MAyA. Hence it is called ‘shuddha brahman’ – that is why the shloka has ‘shuddha Brahmani’. Even a little mixture of MAyA will make it different. Ishvara Himself has such a mixture of MAyA.

The universe which is totally mixed with that MAyA is being administered by that Ishvara, who has MAyA with him (*MAyA-sahita Ishvarah). Brahman does not do any such thing as administration of the universe. Brahman has nothing to do with the universe or its affairs.

That kind of unmixed thing-in-itself is what is called shuddha Brahman. Instead of the saguna form of Ishvara, if the mind is focussed on nirguna Brahman, that is said to be ‘samAdhAnaM’.