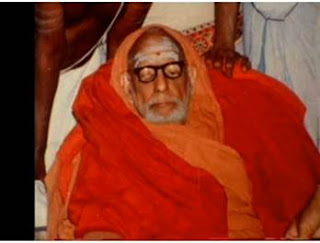 (Continued...)
It is unfair on our part to find fault with science for what is beyond science. In the same way protagonists of science must realise that there is a limit to their scientific quest. They have no right to say that what transcends their science is wrong or false. That the two are complementary must be felt by both sides. It will be fascinating to discover that several scientific truths have been enunciated, though in a different way, by some of our scriptural findings.

Why not think of the proton with a positive charge in the centre of the nucleus, as Shiva and the electron with the negative charge that goes round, as ambaal?