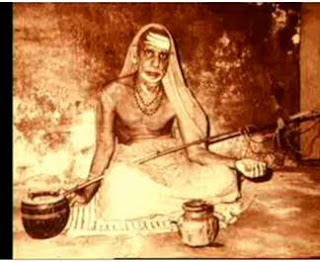 But this fact has evaded science. Even if the scientists one day accept it in theory, they will have to say “its ‘proof’ is not within our jurisdiction; go to the  shAstra of Spirituality to know it”. Science can explain, through its laws,  only certain ‘movements’ of the grand cosmic dance of  parAShakti; whereas it is incapable of showing a path for becoming the Absolute by quelling the live Mind that vibrates in an integrated way together with all the vibrations of the universe.

Nor is it the goal of Science. Only religious scriptures can show you the way. But even then, the final gates will be opened only by  ambaal. Who else, except the One who originally separated us from the Absolute, can reunite us with that Absolute?