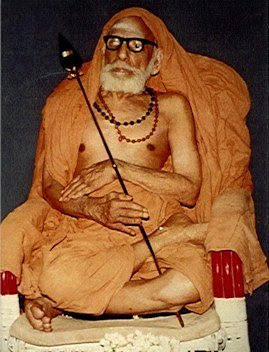 (Continued...)
A question may arise. Why is ‘fearlessness’ sought separately? Can it not be given as one of the many wishes, by the Goddess? Why is it separated from the general category of ‘boons’?

Fearlessness (abhaya) is not a commodity that is given and taken. It is actually another name for advaita. ‘Only when there is duality there is fear’ says the Brihad-AraNyakopanishad (1.4.2). If there is only one
thing there is, from what can fear arise? Only when there is a second entity fear arises in relation to it. ‘If one thinks even of the tiniest distinction in Brahman, then fear arises. Even wise men, if they think of Brahman as another distinct object, are ceased of fear’, so says Taittiriya-upanishad (II - 7).