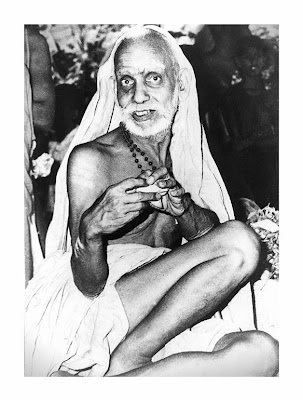 (Continued...)
Now we can make the meaning of the first  shloka more meaningful.The very fact that the Acharya says that it was ambaal who activated the first movement in ShivaM gives a clear hint to us, that the reverse movement of the universe going back to that immutable ShivaM has again to be triggered only by Her Grace.

All the movements which resulted in the  jIvas and the universe coming up are together called  (cosmic) evolution. This is not Darwin’s evolution. In his case it is something where lower level beings transform in due time to higher levels. In Vedanta, the  Brahman at the apex expands into the universe and living beings. This outward expansion of subtle principles into gross matter is called evolution. The principles are taken to be 36 by some and 24 by some.  Having become the  jIvas, our goal should now be to go back to the source. That going back is mokshha.