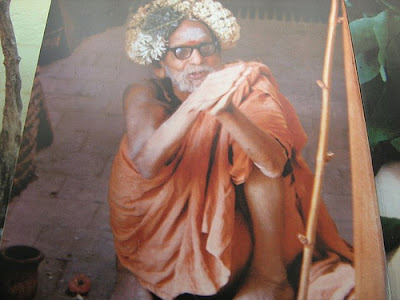 The moment we think of Brahman as different from us and as a God  with qualities, we get into the mood of ‘bhakti out of fear’. Even the westerners talk about the ‘God-fearing’ nature as man’s noblest quality.

When will that fear go?  It will go only when the non-duality conviction arises that there is no jIvAtman distinct from Ishvara. In that state of the Existence of One without a second, where is the scope for a boon-giver and a boon-receiver - two entities? The symbolic exhibition of the ‘abhaya-mudrA’ in the deity’s hand is in fact a formless (esoteric) principle only.

There is no giving, no taking, there. It is a supreme state and the mudrA is only a symbol for it. The Lord may be eradicating fears from the smallest fears, through those of birth and death, to the largest fear, namely that of duality, that of separation from Him; but the actual state of fearlessness is only the non-dual state. And that is why, it does not form  part of the category of boons.