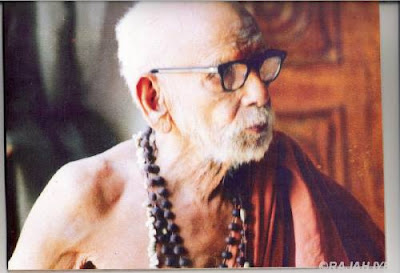 The Goddess LalitA-Tripurasundari,  as affirmed in this  shloka does not have the ‘vara-abhaya’ hands, (vara = boon;  abhaya = fearlessness). She has the sugarcane-bow and the arrow of flowers in those two hands.  Note however, the Acharya himself says in Sloka 70 that She has all Her four hands indicative of abhaya and vara.

Let us not make the mistake of thinking that this  shloka means that  all other deity-forms have the ‘vara-abhaya’ hands.  There are several without these hands. Think of Vighneshvara (Lord Ganesha, the elephant-headed deity) whom we see at every nook and corner (in India).

What about the figure of the dancing Nataraja? He has only the ‘abhaya’ hand but no boon-giving hand. Minakshi of Madurai does not have these two hands.