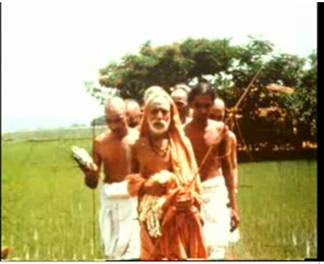 After the Relativity theory of Einstein, science has come nearer to advaita vedanta and the  ShAkta schools. Time and Space are relative concepts, as far as I have understood these scientific theories. Brahman is the only absolute. Everything else is relative, says vedanta. Anything that appears as real, does so because it is resting on the  Brahman-canvas.

This appearance as reality, is the relativity of science and the MAyA of advaita Vedanta. Science which talks of the relativeness, does not say what is the absolute. The only absolute is Brahman , according to our religious scriptures as well as philosophical schools.

Though western knowledge makes a distinction between religion and philosophy, SanAtana dharma does not make any distinction between the two. In it the two are inseparable like Shiva and  Shakti ! And that Absolute has been experienced as Atman by our great sages. That is the soul of all souls.