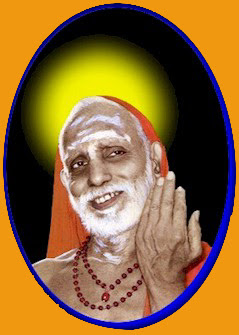 (Continued...)
When something is positive and the other is negative, it does not appear to be equivalent. So to arrive at equivalence there is another way of looking at it. Instead of saying that one is in the center and the other revolves around it, think of each as half and half.

That is the  ardha-nArIshvara form. The right side is Shiva (positive), and the left side, ambaal (negative). This may be justified by the fact that the heart is on the left side and supplies the ‘life’ for the entire body. If it does not work properly,  the right side also cannot work: na khalu kushalaH spanditum api, as the shloka 1 says.