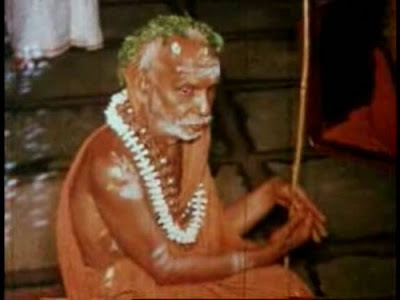 The very word ‘kAryaM’ in Sanskrit (which means, ‘the act’ or ‘action’) goes back to the word ‘kara’
meaning ‘hand’. So the other divines have to take effort to do the action of giving ‘vara’  and ‘abhaya’. You, Oh Goddess, can do anything by the very ‘sankalpa’ (determination). Even the fivefold cosmic actions beginning with creation are done by You just by ‘wiggling the eyebrows’ (kshaNa-calitayoH brU-latikayoH -  shloka 24 - meaning: by the movement, for a moment, of the eyebrows).

Whether it is to protect devotees from fear, or it is to give them more than what they want through their wishes, She does it by just being there. By taking refuge at Her feet, the devotee achieves his wishes. She is the refuge of the entire universe.