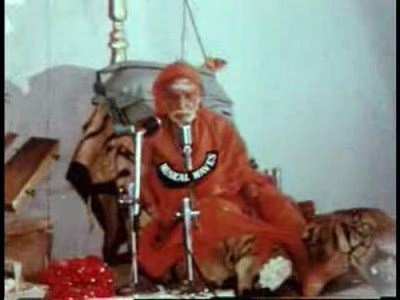 ‘Other than You, all divines are seen with their mudrAs of abhaya  (fearlessness) and vara (Boon). In other words they show by their hands that they give abhaya and vara’. This is the meaning of the first half of the shloka. But it does not mean that ambaaL would not grant ‘abhaya’ and ‘vara’. In fact in the Mayavaram temple She is known as ‘abhaya-ambikA’. One of Her other names is ‘vara-pradAyini’, ‘the benefactor of boons.’

In fact the Acharya only means that She doesn’t have to give ‘abhayaí and ‘vara’ by Her hands. Her divine feet alone are capable of granting what other deities do by their hands.