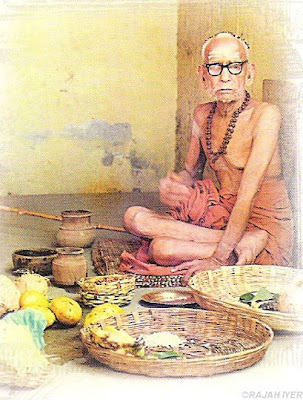 So far in the first three shlokas the stotra does not say specifically which deity is being praised. Even in the fourth  shloka there is just a clue that the deity is without the ‘vara-abhaya’ hands. How many hands
there are, or what are in those hands? - these questions are left open. In the next two  shlokas, the clue is given (shloka #5) that it is that deity that prodded a desire in mahA-vishNu to take the form of ‘mohini’ and create sensual impulses even in Lord Shiva and it is also the same deity (shloka 6) which gave even to the God of Love (Manmatha) the power to disturb even the minds of great sages and saints.

And thus we get the idea that the deity of this stotra could be the KAmeshvari that we spoke of, in the beginning when we discussed the original ‘Desire’ that sprouted out in Brahman itself ‘to express Itself’.