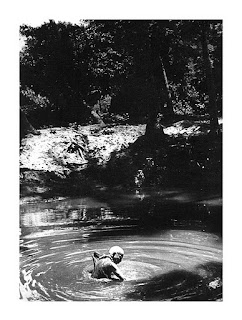 Note that both when the JivAtma separates from the ParamAtmA and when it goes back and becomes one with the ParamAtmA, the locale is the heart that we spoke of above.

The ordinary example of the door of a house being both the entrance and the exit is good enough!

In the antaHkaraNaM there are four entities: cittaM, manas (mind), buddhi (intellect) and ahamkAraM (Ego).

Of these the locale for the mind is the neck. That of the Ego is the heart. That of the intellect is the face. CittaM is specifically referred as memory power.

When it is the memory power its locale is the navel. But really, the basics of all the three, namely, mind, intellect and ego is that which is called thought and this originates from cittaM. Therefore cittam does not need a separate locale for itself.

When we vacillate between this decision and that, cittaM is at the neck. When we finally decide, by our intellect, to do something in a certain way , cittaM is in the face.

When we establish ourselves as ‘I, the JIva’, cittaM is in the heart which is the locale for the Ego.