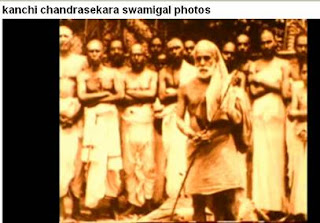 meaning, “Let this body dry out on this very seat; let skin, bone and flesh die. Without getting Enlightenment, even if it takes as long as a kalpa, this body shall not move from this seat” !

This is the rock-like resolve that he made before he sat under the Tree. Whatever it be, our Rishis of the Upanishads did leave everything only to discover the Ultimate Truth.

To those sAdhakas whose only goal is to discover the Ultimate Truth, the Realisation of that Light of Truth becomes the only object of attainment.
From that attainment itself they will be able to infer that the darkness of MAyA is gone.

If we look at the way such Atma-JnAnis have described their experiences, we learn that they kept on pursuing their enquiry about the Atman and suddenly the Atman did shine. That is how they say it.

They never say that some such thing as the bondage of MAyA disappeared and then there was Realisation of the Atman. Because, just as Gaudapadacharya has said (in his Mandukya-kArikA), there is nothing in reality like bondage of MAyA, nor something which shows up as release of bondage.