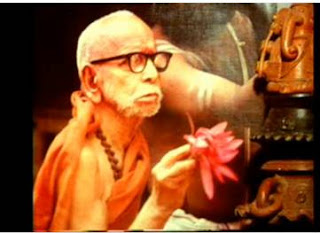 Our Acharya’s subject and object in the source book, Brahma Sutra, is ‘brahma-jijnAsA’. So the anguish-cum-desire for release from all bondages is only for the Realisation of the non-difference between JivAtma and ParamAtmA – that is ‘brahma-sAkShAtkAra’ (Realisation of Brahman) -- and it is this desire that is ‘mumukShutA’.

This is clear from the shloka of Viveka Chudamani that we were discussing.

*sva-svarUpa-avabodhena* means ‘by the awareness arising from the Enlightenment as the Atman’.

It is through that awareness that one should desire to get rid of the bondage of Ignorance. But mark it!

This does not mean: “First there happens Realisation of Brahman (this is the *avabodhaM*) and then follows the release from bondage. This contradicts what has so far been said.

In other words, the so-called ‘positive’ event of Brahman-Realisation finally leads only to the ‘negatively-stated’ Release (mokshha) from bondage”. No, this is not how it should be understood.

No one who has studied Vedanta in depth or who has understood the teachings and works of the Acharya, would arrive at such a conclusion.