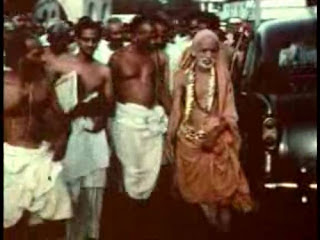 The desire to be rid of this bondage is *moktuM icchA* (desire to be released). The anguish for the release is *mumukShutA*.

Such is the negative definition of ‘MokSha’. But what the final goal is, is also mentioned right in the middle of the shloka in a positive way: *sva-svarUpAvabodhena*.

‘avabodhaM’ means waking up. The waking up is the awakening to wisdom from the darkness of ignorance.

About ‘sva-svarUpa’, that is, about Atman, one’s own natural true state. Instead of saying ‘ awakening to wisdom about Atman’ we better say ‘awakening to the Atman’.

The Atman itself is the wisdom, knowledge. This awakening is called also ‘Awareness’.

The self-consciousness brought about by this awakening is not different from the Atman. They are both the same.

MAyA is Ignorance; Brahman is JnAna, Knowledge. That Knowledge is the ‘sva-svarUpa-avabodhaM’.

To be relieved of all bondages is not an end in itself. A person who thinks of it as an end-in-itself, because the bondages were the cause of one’s suffering and so their end is all that is needed, is not considered as a ‘mumukShu’ by the Acharya.

He does not leave the matter like that, as Patanjali did with his yoga theory that the stoppage of all mind-flow (citta-vRtti-nirodha) is all there is to it.