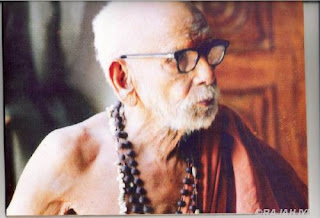 But now let me not take you into that ‘high philosophy’. Whatever it be, the only objective of the right advaita-sAdhaka is the Realisation of the Atman. It is for that purpose, he keeps meditating, at the final stages of his SAdhanA, on the mahA-vAkyas. And he experiences the non-different status of JIva and Brahman, declared by the mahAvAkyas.

By that very experience he knows that the bondage is gone. And that is why the Acharya says *sva-svarUpAva-bodhena moktuM*.

We can even say more. *sva-svarUpa-avabodhAya* , that is, only for the awakening to One’s Nature. (awakening to Spritual Wisdom). When one is in the state of ‘mumukshhu’ he desires release from bondage.

When he goes beyond and attains enlightenment, he awakens to Wisdom (*sva-svarUpa-avabodhena*) and by that very awakening he knows he has been released from bondage.