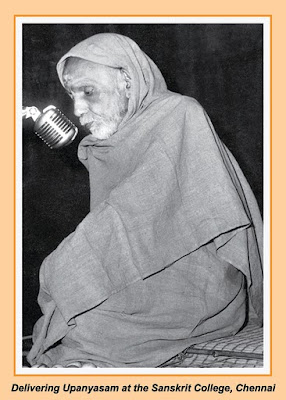 Thus, true bhakti is not the work of the mind.

It arises from the ego itself that lies deep within as a steadily rooted feeling of ‘I’ without any of the perturbations of the mind. Further it arises not to nurture that ego, but to lighten it and dissolve it in the unique self that is also its own root source by going into the locale of the Atman.

For desiring to dissolve there must be some one to desire. Without its being there, how can there be a desire to dissolve?

And that singleton is the ego. It is not the ego that does the bhakti, but the ego exists for doing the bhakti!

What should not be forgotten here is this.

This bhakti that arises in this quest for the goal of advaita is not like the ordinary bhakti which has the goal of varied experiences of ‘rasa’.