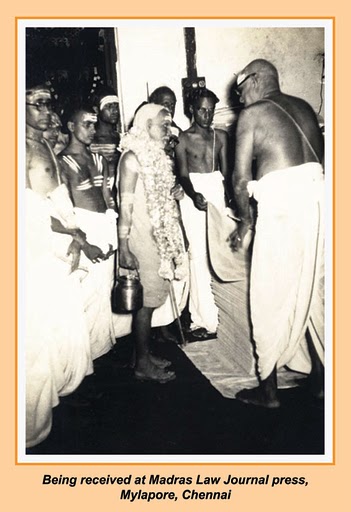 Let us be content with that (explanation). Thus even after Brahman-realisation he has his life (prANa).

What happens to that prANa at the time of his death? Just as the ahmkAra (since the mind and intellect has gone into the ahamkAra – so we can as well say it is antaHkaraNaM now) has already gone into the heart-gate and merged into the Atman-locale, so also now when death takes place the prANa also merges in the same way in that Atman-locale.

In general parlance also, it is never said that the JnAni’s life is gone; it is usually said that it has ceased, settled or disappeared.

Other than the JnAni who are those that have made themselves not to be reborn in this world?

They are generally called ‘upAsakas’. There are several categories among them.

They all have something in common. They all know that this world or this body is not the end of it all.