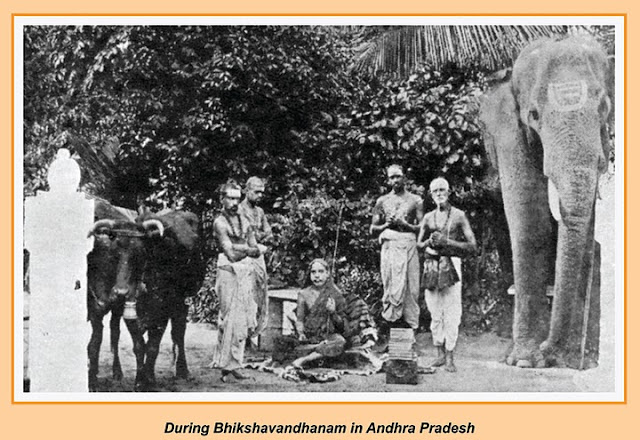 Bhakti plays the role of acid for the ego.

The ego thus gives itself up to bhakti; thereby in the heart which is the locale for the ego, the ego thins out and thins out until there is no more ego but only bhakti pervades there.

And the heart then becomes the locale for bhakti.

As one matures in that bhakti, along with the change in Ashrama (i.e. having taken SannyAsa) and along with that bhakti -- that is, dissolving the ego in the goal through Love – one continues the shravaNa, manana and nidhidhyAsana.

Bhakti now sprouts fast and full in the heart and the feeling of ego is eradicated.

But before it is totally eradicated, the locale which is like the physical heart is filled up by the subtle atoms of bhakti.