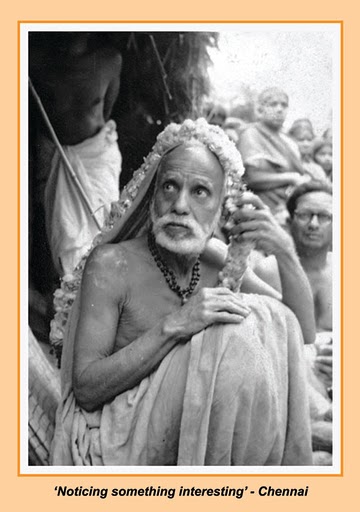 For the majority of of us jIvas who have a lot of karma balance and instead of going on the path of Karma-yoga, or Bhakti, or Yoga or JnAna, have to repeatedly die and be born, they are destined to suffer lakhs and lakhs of janmas till that pralaya.

He who goes by the jnAna path merges in brahman in this life itself. The others who are ‘upAsakas’ escape from the birth and death syndrome, but still do not get the advaita-mukti.

They go to Brahma-loka and from there at the time of Adyantika-pralaya dissolve in the very brahman along with Creator BrahmA.

Their life will be pleasant and pure. This is true of all kinds of upAsakas who go there.

Besides this, for each particular kind of ‘upAsaka’ it will be different.

Various bhaktas might say that even beyond, further higher up, there is Vaikuntha (the loka of Vishnu) and there is Kailasa (the loka of shiva); but really it is this Brahma-loka that appears to different viewers in a different way. The same paramAtmA shows up as Vishnu, Shiva in the ‘different’ lokas.