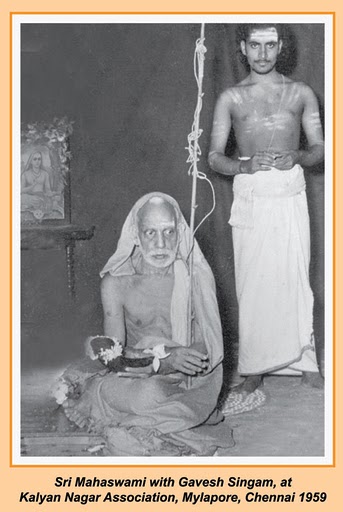 In our reckoning, 1000 caturyugas (the period of four yugas: Krta, Treta, Dvapara and Kali) make one day-time of Hiranyagarbha.

Similarly another 1000 caturyugas make one night of his. So that his one full day is 2000 caturyugas. His years are calculated on this basis.

Like that he lives 100 years of his. All that time Creation goes on.

When he is of age 100, he is taken in into Brahman. Along with him all the worlds, jIvas and all that was created would go and merge into Brahman.
Brahman alone is there now. Whatever time was spent in all this creation, an equal time goes on without any creation, but with Brahman alone. Then Creation begins again.

When the lifetime of Hiranyagarbha ends his Creation work ends and he merges in the ParamAtmA. This event is called ‘Adyantika-pralaya’. You may recall I earlier mentioned it and told you I will come back to it later.