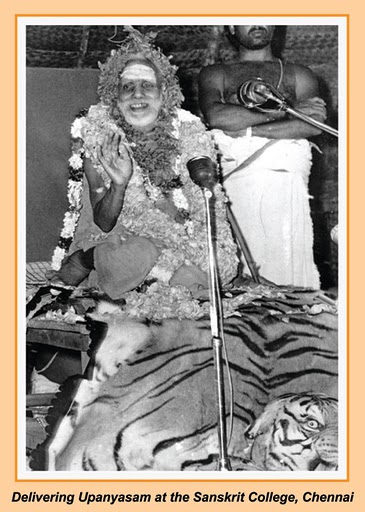 I said “other than JnAni”. So what is the case of the JnAni?

Other than the JnAni, who are those that are not destined for a rebirth?

The prANa of the JnAni does not go anywhere outside at the time of the fall of the body.

There is no mokSha which he has yet to get.

And in the same way, there is no mokSha which has to be obtained at some time after death, for him.

Whenever he got his jnAna, that is, the Realisation of Brahman, then itself, his antaHkaraNaM (the mind of the jIva) has been extinguished and he has been released from MAyA; so he becomes a mukta, a JIvan-mukta then and there.

Thus he has been ‘released’ even when being in the body and the prANa does not have to go anywhere after the fall of the body, for mokSha.