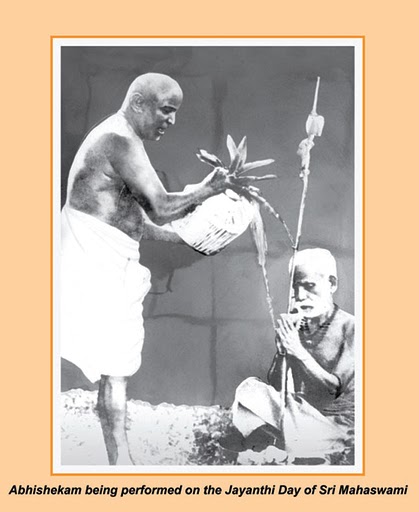 I have to tell you one or two more points on the subject of mokSha.

It is not as if only the mokSha of the ‘dualistic’kind is what will be obtained by all the followers of the Bhakti path till the end. That was said only with respect to those devotees who circumscribe themselves by a non-advaitic philosophy.

But in actuality, when one adheres to bhakti that comes from the heart and overflows in its own natural way, it cannot be circumscribed by any boundary. Such were the devotees, like the Alwars and Nayanamars. Instead of limiting themselves to visishtadavaita or shaiva-siddhanta, they just allowed themselves freely to be led by their noblest emotion of bhakti, wherever it tossed them, to whatever experiences they were subjected to.

For many of them, even this process was not enough; they were not satisfied with doing this from outside, they wanted to be one with their Ultimate. They poured all this in their songs and some have sung about the non-dual experience that they were blessed with.

Such travellers who journeyed on the path of parA-bhakti and were led on to the continuous state - *anusandhAnaM* - of one-ness, will not go to the saguNa-brahman of Brahma-loka. Instead they will reach the MokSha of non-dual Realisation (*advaita-sAkShAtkAra-mukti*).

The person who by himself does not do any yoga-SAdhanA, but keeps on praying to God that He should grant him advaita-mokSha, to him also the Lord grants the Brahma-nirvANa, that is superior to Brahma-loka.