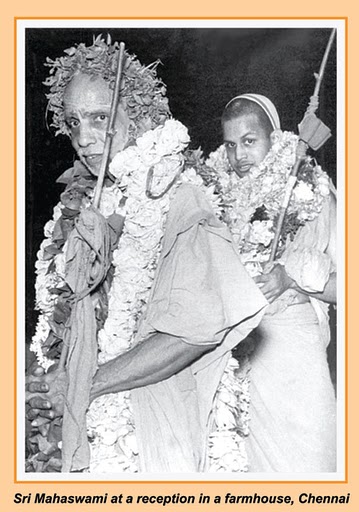 Just to show the difference that one is in the jIvan-mukti stage even when being in the body, we use the term ‘Brahma-bhUta’. To clear this , He himself says one or two shlokas later: (V-26): “abhito brahma-nirvANaM vartate …”: “In both situations, that is, both in this world and in the other world, JnAni gets the Brahma-nirvANaM’.

He also says what happens to those who go along the ashhTAmga-yoga (the eight-component-yoga) path, what we ordinarily call the yoga-mArga. But the Yogi he refers to must have practised well his ashhTAnga-yoga, and must have perfected both the breath-discipline and the mind-control regimen.

In addition, as an added qualification he should have deep devotion and must be one who constantly and continuously thinks of God – not just one who has to think of God (*Ishvara-praNidhAnaM*), as per the prescriptions of the yogashAstra, for the purpose of developing concentration .

Krishna says “mAM anusmaran” (remembering Me continuously) “satataM yo mAM smarati nityashaH” (B.G. VIII – 13, 14) (he who remembers me always and every day) . Such a yogi who has also devotion, even though he may leave the body in the contemplation of praNava that has been equated to shabda-brahman, will still not get the advaita-mukti.

This is what the Lord says in the eighth chapter called ‘akshhara-brahma-yoga’. It has been described that his soul goes only to Brahma-loka along the path of the ‘uttarAyaNa-Sun’.
Posted at 9:45 AM