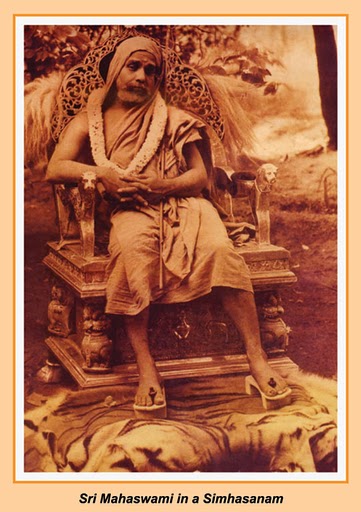 We can be even more generous and broad-minded. Once our Vedic religion itself was objected to and there were founders of other religions.

Let the matter be whatever with these Founders. In fact our Vedas have said (see Br. U. IV.3.22) the Veda is not a Veda beyond a certain stage.
Maybe one or two people might have transcended by themselves the ritual regimen of the Vedas. Let us not try to infer anything about those individual people.

They have been following these non-vaidik religions as their veda and have been revering, with devotion and dedication, their founders and other important persons as much as we revere our rishis and Acharyas.

They cannot be faulted for this. For them also it is possible that Brahmaloka is their destination. For them it may be exactly what they think it is – void or whatever.

Whether Ishvara gives them Brahma loka or so, let me have the credit of being ‘broad-minded’ for giving them this! If you ask the hard-liner Vaidik people, they might not agree with me.

They might opine: ‘If those who belong to the non-vaidik religions follow their religion steadfastly, as a consequence they will be born in their next birth in some vaidik religion and only by properly doing the upAsanAs there they will reach Brahmaloka’.