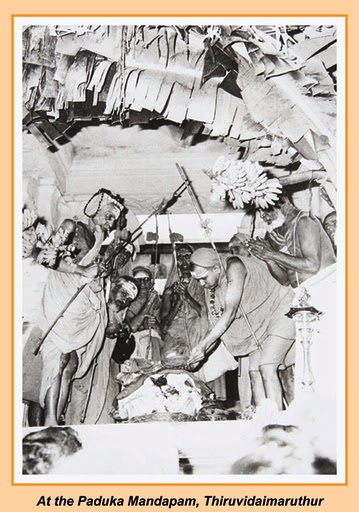 He has been thinking of the Atman, as his life, the supreme life.

Without even recognizing it as bhakti, but with a great attitude of bhakti, he has been doing his SAdhanA for the purpose of dissolving the ego.

By this process, it dissolves and dissolves and reaches such an emaciated slender state, that it enters the small gate of the heart which is the locale of the Atman, converges into the Atman, unifies with it and itself gets extinguished.

And immediately he becomes a mukta.

However, his life (PrANa) has not left him. He is living and he is also a mukta; that is why he is called a JIvan-mukta. Then in due time one day his body dies.

Why should he live after reaching the mukta state, and when does his life part with him – these are questions into which we don’t need to enter at present.

Mostly the opinion is that he lives in order that his *prArabdha* may exhaust itself.

When it thus exhausts itself, then life also leaves.