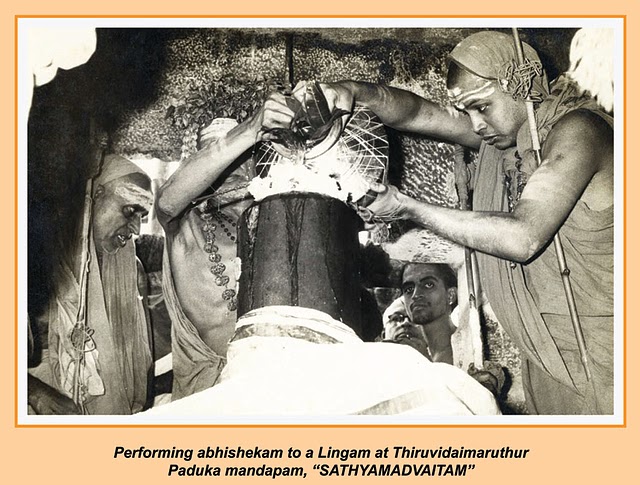 He performs yoga by controlling the mind and for ultimate union with that blank Existence. We call him yogi.

He also thinks that the individual jIva-bhAva – ego – has to be destroyed. However, he has not known correctly about the one absolute True status .
About the control of mind also, he commits the same error. “I am not the mind. I am Brahman. Why should I be tossed about by something which is not Me.

Let me constantly recall the Shruti statement that ‘I am Brahman’ and put an end to this” – this is the thought of the seeker on the jnAna path, but the Yogi does not do it.

In order to overcome the difficulty in the direct control of mind, he gives much importance to breath control, and only with its help he controls the mind.

By such a process, even though his goal Truth is a blank kaivalya, strangely, the breath shakti goes to prANa-shakti, its source, that prANa shakti goes back to the mahA-prANa-shakti, which is the root-source of all living beings, and by the might of that shakti, he obtains several miraculous powers.